Options for the Development of Cycle Facilities in and around Exeter 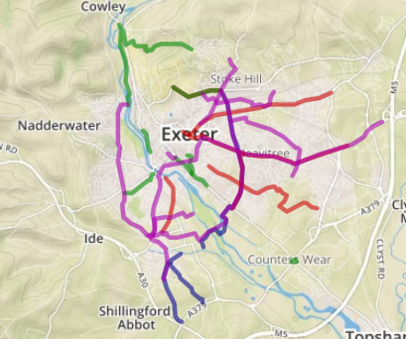 Each of the four teams annotated a map showing the changes to the Network that they propose. These are shown at the following four links together with a consolidated map showing the output from all four teams.

Thumbnail images of the maps. 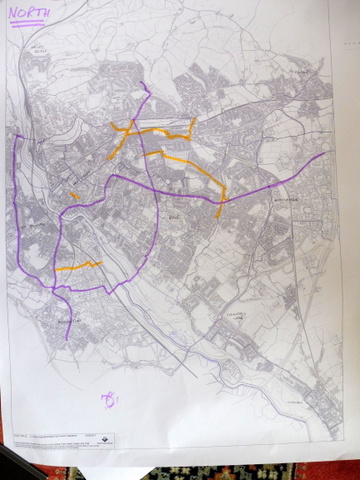 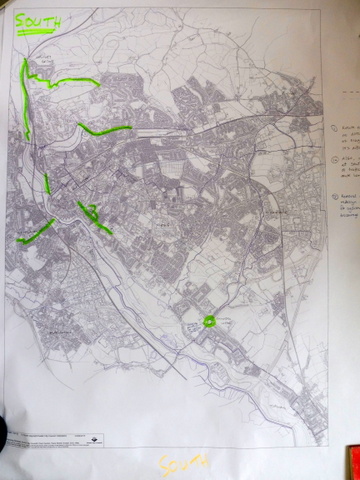 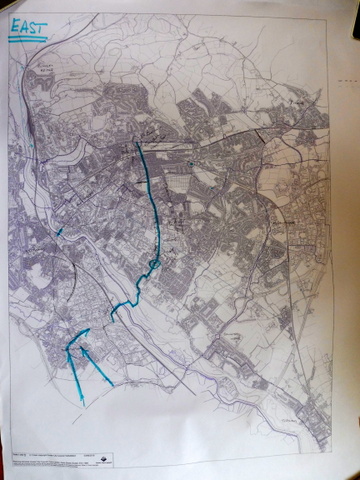 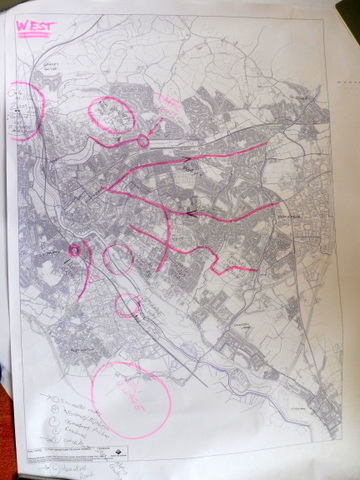