Note that the weekend has had to be cancelled .. 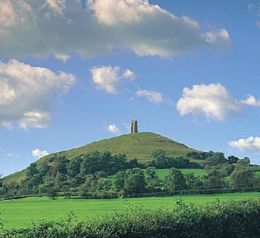 After the very successful Exmoor Weekend organised by John Rowland we are arranging a trip to Glastonbury in mid September.

'Paupers' will camp at the Avalon Campsite which Roger found so spacious earlier in the year but we will also have a 'millionaires' option i.e. a B&B) for those who prefer their creature comforts. Others will be free to drive up and just do a day ride if they prefer.

We plan to arrive on Friday evening and have two full days of cycling (Saturday and Sunday) and to meet up for a meal on both Friday and Saturday evenings.

Kirby is desperately (and unsuccessfully) seeking volunteers to lead on-road rides (so you will have to put up with some very quirky route finding). Given the flat terrain near Glastonbury it should be possible to cater for all standards of riders.

Participants (or in the case of millionaires their servants) are expected to make their own bookings - either for the campsite or for their selected B&B. It would be helpful if you could let Kirby know where you are staying so we can keep track of you.

Below we have listed the contact details for the campsite together will a number of B&Bs - these have been extracted from the Tourist web site - they have been chosen because they are near to the campsite and the centre of Glastonbury (not because of any particular recommendation). 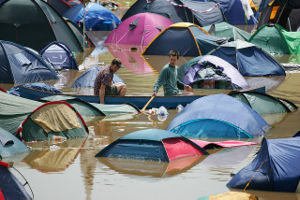