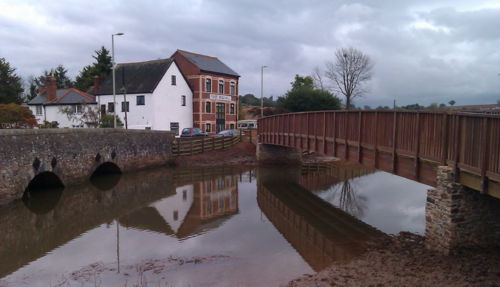 The new bridge over the River Clyst, just outside Topsham, is now open. The official opening ceremony will take place on Thursday 24 November.

Meanwhile, work continues on proposals for another bridge over the River Clyst next to the railway line. A revised planning application is expected before Christmas with construction programmed to start in April 2012.

On the other side of the Exe, negotiations continue to agree proposed works between Turf and Powderham. One major landowner continues to object to the proposed bridge over the railway. 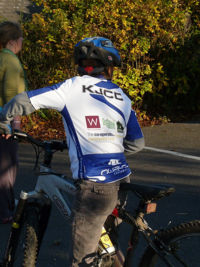 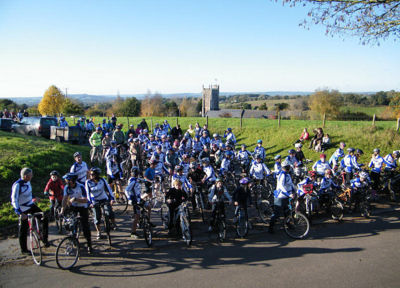 Kentisbeare Junior Cycling Club (KJCC) held a successful event on 6th November to launch their new jersey. About 130 riders completed a lap of the parish before returning for tea and cake in the village hall.

KJCC is active all year - see their website for their . current ride diary

"Burn the Curtain" Theatre Company are planning a Promenade Show next summer, on bicycles. For further information click here.

They are particularly hoping to locate interesting bikes - tall bikes, 3 and 4 wheeled bikes, recumbents, etc. If you are interested in becoming involved send them an email.

The National Trust are consulting on the future of Lower Halsdon Farm, Exmouth. This area lies next to the Exe Estuary Trail just outside Exmouth. If you are interested in the future of this area, visit the drop in session at Exmouth Town Hall on Thursday 24th November or the Consultation website 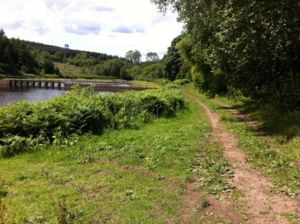 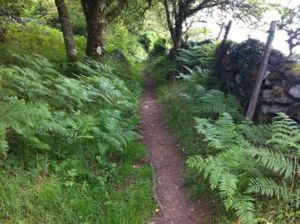 An Interactive Adventure Map is now available showing off road routes in the south west. It includes all of the legal routes on Dartmoor. Try it out 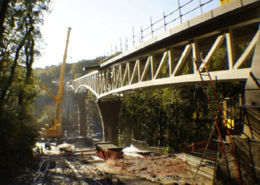 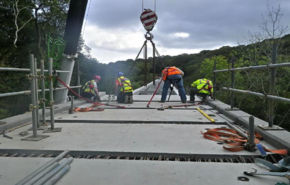 Work on a £2.1million 200-metre long cycle and pedestrian bridge across the Walkham Valley near Tavistock remains on schedule for a Spring opening.

The 24 metre high bridge completes one of the final missing links on the cycle route between Tavistock and Plymouth. It also forms part of Cycle West’s “Vélodyssée” route, which is a 265 mile (440km) cross-Channel cycle link stretching from Ilfracombe to Redon in Southern Brittany, via Okehampton, Tavistock and Plymouth.

The bridge at Grenofen has been taking shape since March and all of the steel bridge sections and concrete deck units are expected to be in position by Christmas.

The temporary bridge that previously crossed the River Walkham on this section of the National Cycle Network has now been removed and will be re-located to a cycleway scheme in Exeter within the next few months.

The London Cycling Campaign is fighting plans to create dangerous junctions in London. Over 2,500 cyclists joined a recent protest ride 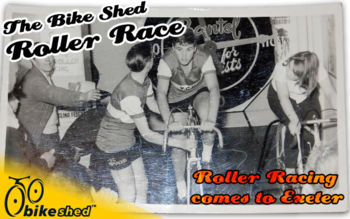 Roller Racing organised by Exeter Wheelers in The Bike Shed 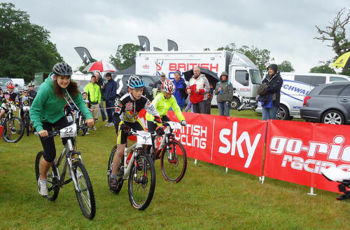 British Cycling are hosting a Go Ride race for Under 16s at Escot Park on Sunday 27 November. Further details from CS Dynamo.

Entries for the 2012 Dartmoor Classic opened three weeks ago and has now reached the limit of 2,800. This includes 130 entries from YOGI in Plymouth.

If you haven't entered, a popular alternative is the Force Charity ride which will be taking place again on the same day. Entries open in January.

Tickets for the first competitive events in the Olympic Velodrome went on sale on 17 November. The events will take place in February. Further details here

CycleClips is the weekly email newsletter that is sent to over 27,000 CTC members. It’s a quick and easy way to keep up-to-date with news from CTC and the wider world of cycling. If you're not on the circulation list click here to find out more. 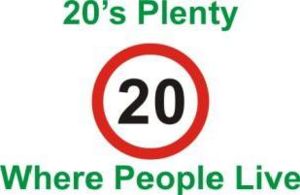 Already 7 million residents live in towns that have adopted a policy of "20's Plenty Where People Live". CTC and Sustrans support the campaign to encourage drivers to drive slower in residential streets. Slower speeds reduce casualties and encourage people to walk and cycle.

Exeter has followed an ad hoc policy of implementing 20mph speed limits one district at a time. Isn't now time to adopt a consistent policy of 20mph on all residential roads?

Further information on 20mph speed limits can be found on CTC, Sustrans and Living Streets websites.

The CTC Right to Ride network is the largest group of voluntary cycle campaigners in the UK. Roy Russell is the Right to Ride Rep for Exeter and can be contacted by email.

This is the season of delusional joy - make the most of it!