Apologies we sent out an incorrect link in an email on 29 May - the May Newsletter can be found here.

Volunteer of the Year

Our own Kirby James has been awarded CTC Highly Commended certificate for 'Volunteer of the Year' and has been invited to the CTC Annual Dinner on 12th May to collect the award.

The award is in recognition of his work in 2011 to promote cycling, including expanding CTC Exeter, instigating "(A Small Bit of) the Great Tour Audax" and allegedly organising the infamous BikeBus.

A new 5km cycle track from Killerton to Broadclyst was opened on 16 March by Councillor Jeremy Yabsley, the chairman of Devon County Council.

The National Trust will be holding their ‘Killerton Cycling Weekend’ on Saturday 24 and Sunday 25 March, including free bike hire and a Bike Doctor. The 200 year old Clyston Mill will open especially for the event for cycling visitors to stop off and look around. Click here for more details

A new link from Clyst Honiton to Exeter Airport, through the car park, should open next week.

Government funding of £200,000 has been announced for improvements to three railway stations in Exeter. These will include secure cycle parking at Digby & Sowton and bike hire from Central Station, which may be a Brompton Dock.

The Olympic torch relay will be passing through Exeter and the City Council are organising a day of celebration on Sunday 20th May. Plans include cycling activities at the Piazza Terracina

The Halfords Tour Series will visit Torquay for the first time, on Tuesday 5th June, for an action packed evening of racing to conclude the Queen’s Diamond Jubilee Bank Holiday weekend. Further details

Exeter City Council are consulting on redevelopment of the Bus Station. This could close the existing cycle route from Southernhay along Bampfylde Street. If you have a view on this please complete the on-line survey. Click here for details

A major Parliamentary debate was held in Parliament on 23rd February following The Times newspaper's Cities Fit for Cycling campaign. Ben Bradshaw (Exeter) and Sarah Wollaston (Totnes) urged the Government to take action to make roads safer to cycle on. 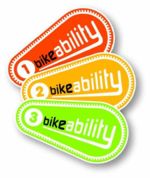 Devon County Council has received a £260,000 grant to continue providing Bikeability cycle training in the county. About 6,500 schoolchildren in the county will benefit from the training over the next year.

"Burn the Curtain" Theatre Company have received initial funding for their proposed production of Don Quixote on Bicycles in early July. There will be a number of associated events leading up to these dates.

The "Summer of Cycling" was launched at a Parliamentary Reception on 15 March.

The key concept for the Summer of Cycling is +1: those taking part in events are encouraged to bring one other person along. Further details will be published on the website in April.

Devon Bike Builders specialise in customising bikes for their clients.

As an example of their offerings for serious touring cyclists they offer a full range of Van Nicholas titanium day/weekend tourers and full expedition tourers, with either Rohloff or standard drivetrains.

They can also custom build bikes using the frame, wheels and groupset of your choice. 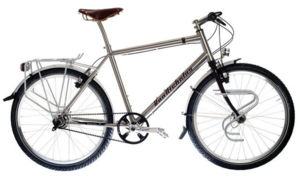 They offer a full catalogue of parts - Shimano, SRAM and Campagnolo, Schwalbe tyres and tubes – all in all over 40,000 products available to order!

They have 2 main service options 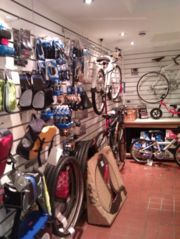 The Route 2 cafe - which is a well known stop for cyclists alongside the Quay in Topsham - has now opened a cycle shop.

As well as selling bikes, clothing and parts they also hire out bikes.

A special innovation this year is the live screening of a number of the cycling Spring Classics - with appropriate food and drink available matching the country involved. The next few events are 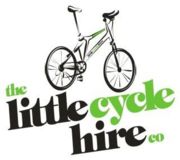 The Little Cycle Hire Co at the Exmouth end of the Exe Estuary Trail is for sale. Reece has decided he'd rather go cycling at weekends. Further details

The Devon Dirt will start from Ashburton on Sunday 22nd April. This is an annual 55Km non-competitive ride organised by CTC Devon with off-road sections linked by mainly quiet and hilly lanes. Last year over 300 completed this ride around the east side of Dartmoor. Further details

A 50-mile cycle challenge on Saturday 12 May into the heart of Dartmoor. Money raised will go towards the work of Devon Wildlife Trust, protecting and restoring local wildlife and wild places

CTC are organising two rides from Kentisbeare, on Saturday 19th May 2012. Ride from the Bristol Channel to the English Channel on this scenic 100 mile ride. A shorter 100km route is also available to the Bristol Channel. All proceeds to The Alzheimer's Society.

Darth Vader on a Unicycle