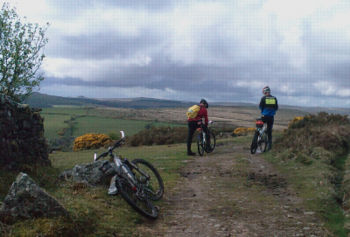 Pause to look at the map 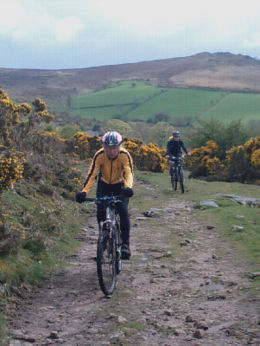 The forecast was for bright intervals with heavy showers. Nevertheless Geoff and Penny, Paul and Uve joined me for the start at Fernworthy reservoir. The weather held, it was seldom bright but the rain only spotted for the first hour then ceased although sinister black clouds passed over us from time to time.

However the rain of the previous 48 hours had reduced the moor surface to wet peaty bog in places so our initial progress was slow over the open moor to Postbridge. The five miles took nearly two hours.

Spirits undaunted we stopped for coffee and buns in the local pub. These took some time to appear at which point Uve distinguished himself with a full cream tea and a large teapot that he subsequently shared with his envious audience. 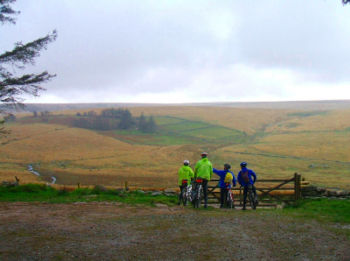 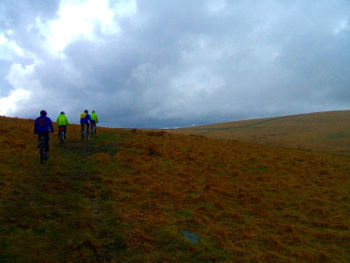 Suitably refreshed firm tracks then took us up and over Bellever then down and round Laughter Tor to cross the East Dart river at Laughter Hole stepping stones. Here somewhat relieved at not falling in the river we paused briefly for lunch before heading through Sherwell to back track across Cator Common to head through the plantation and over Soussons Down.

Alas time was not on our side, so we cut up to Bennett’s Cross before following five miles of minor roads back to the car park. On the way an owl (possibly Barn) flew low over the leader’s head who was the only one not to see it. Who says that cycle helmets are not a good protection from wild life. 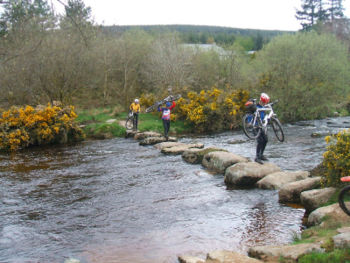