Thus the running of the bus was left to the hoi-polloi.

Stephanie did however manage to string together one sentence:-

Steph made a futile attempt to tip out her smalls drawer prior to ride in order to win Kirby’s favour – for details, premium subscribers over the age of 18 can click here.

5 mini bike-busers left The New Inn in Broadclyst, just after 09h00. Tom from Aylesbeare was back on-line. Good to see him back after so many illnesses.

We picked up another participant at Talaton and then another at Cheriton House (Steph's first outing with the Tuesday Bike Mini-Bus). After climbing up Hembury Fort, we met up with the Wellington Wheelers before enjoying the long descent down into Honiton for coffee at The Boston Party. Not great service this week, but the quality was still good - 18 pts

2 riders left after coffee, scared of the huge climb out of Honiton (no names mentioned, as agreed. Hope that's OK Debbie and Tom). The rest of us made it up the climb to the golf club and then bimbled our way down the valley to the seaside at Beer.

Lunch at The Anchor Inn - beer in Beer was had!!! - 18 pts (sandwiches and other food looked good!!)

We returned via Branscombe (where Ian had an exploding inner tube due to overheated rims with too much braking!!) and then Gittisham, where Steph wasn't feeling too well after the 9 up chevrons, so we nursed her home to Payhembury, before returning home - 60 miles done in the sunshine!!

Next week, a trip to Exeter Quay - just because the destination is close, don't think there will be no chevrons!!! 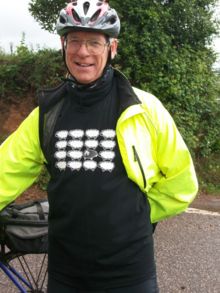 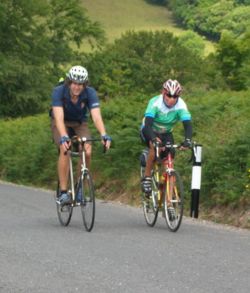 Approx 10 of us met at various points to chunter up Judy’s East Devon Coastal Hills Ride. Warren and I left home too late for the stops, so decided to beat everyone to the top of Peak Hill – only to spot a distinguishable BB jersey at the top – Don! He looked quite fresh with plenty of energy left – in contrast to a group of young fit blokes who reached the top some time after us quite breathless and planning to ride straight back to Exeter!

Great to welcome Tom Pales who now works for the CTC in Exeter, as a Development Officer (I think that's his title). Whizz down to Sidmouth to meet Kirby in Connaught Gardens to sample their 6” thick Cardiac Gateauxs – up the Norman Lockyer Hill and down to Seaton.

Much time wasted admiring and trying out Axe Valley Pedallers bikes on cycle island (doesn’t take much to keep us all amused).

Kirby departed for an important Cycling Meeting in the commendable spirit of a morning spent doing so many good deeds for all and sundry that he failed to detect a mutiny leading to him being awarded the Black Sheep Award on trumped up charges.

On to Colyton Tramway for our picnic lunches where conversation rose to refreshingly intellectual levels concerning neuro-plasticity and climate change (no obvious link between the two detected). Up Northleigh Hill and down to Honiton. Up and down roller-coaster at south side of Honiton and then on home.

Early Morning call from the chief executive to ensure I was out of bed and on my bike, ready to lead the flock to Seaton.

9.20 sharp at the Arch and 4 riders, no more. Not one of the Exeter contingent. Hope they hadn’t fallen in the canal on route.

Four Firs and a relief to find Roger, Jill, Gerald, Laura and Tom. An admission that they were late and had taken a short cut!.

On through Otterton where Laura and Gerald stopped for coffee.

Peak Hill and Steph, Warren and Don. Views to die for. Whizz down to Connaught Gardens, where Kirby was head of the que. For the glorious cake! 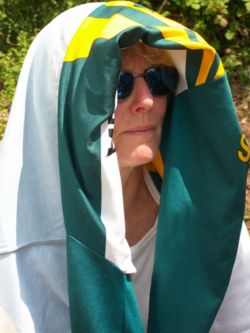 Kirby looked resplendent in new black jersey and exemplary socks from abroad in Scotland. Sadly no kilt to match. The Black Sheep T/shirt had to be presented. No charge me lud!. (I hear later our esteemed leader should have received several white sheep awards that morning for services to cycling).

Goodbye to Sarah and on to tackle Observatory Hill. 8 managed the puff in one go. On via Blackberry Camp to Seaton.

Well Steph’s photos say it all!

Seaton tramway cafe where we sizzled in the sun and theorised over sandwiches. On up Northleigh valley to Honiton, sadly no time for more tea. Even passed Escot without stopping. Dropped passengers one by one until just Tim, Jill and I left to enjoy tea and sun shine in our garden.

This week, 7 mini bike-busers set off from the Swing Bridges - Kirby, Ian, Honor, Debbie, Ted, Graham and Richard - in search of chevrons and sunhine on Dartmoor.

Kirby left the Quay a little early, and carried out a secret inspection on a cafe in Chudleigh - Harvey's Delicatessen - 19 pts Premium Subscribers can get a full report here. 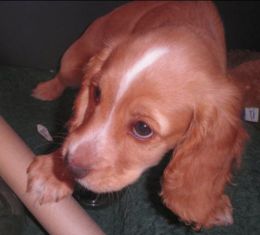 Debbie turned back at Chudleigh - her puppy Toffee is on 4 hourly feeds! - Premium Subscribers can see a cute video of the puppy here.

Ullacombe Farm Shop was not a great success (2 chevrons down). I waited 45 minutes for a Hot Chocolate and then eventually gave up - same excuse as last time I visited - not enough staff! - 15pts

After coffee, we climbed up Haytor (2 chevrons up) and then routed via Manaton to North Bovey (4 chevrons down), Kirby and Honor then returned to Exeter, whilst the remaining 4 of us continued on to Chagford (1 chevron up and 4 chevrons down) and then Whiddon Down (4 chevrons up) for sandwiches. With The Post Inn at Whiddon Down closed, we continued on to Yeoford (no chevrons) where we enjoyed the offerings of The Mare and Foal - 18 pts, before climbing up to Crediton (2 chevrons up). Graham and Richard headed back to Exeter just after Newton St Cyres, leaving just myself and Ted to tackle the final chevron into Butterleigh via the Burn Valley.

A good ride, not too much rain - unfortunately only 2 of us made the full 20 chevrons - maybe next time I'll make it more down chevrons than up ones!!

Next week, a trip to Honiton with the Wellington Wheelers.