On Thursday we had the first of the 2 hour cycle training sessions organised and delivered by Chris Blasdale of Execel. Ted Gameson and Geoff & Penny Cockram were the first brave volunteers ...

There was plenty of practice available on open town roads and turning (left and right) in more dense traffic, including roundabout safety.

The course would be very suitable for those in our group who:

On these criteria alone that probably means just about everybody in our group should attend.

I was looking specifically for current recommendations relating to lane positioning, and for consistency with advanced instruction for motorcycles. I'm very pleased to be able to report that, in my opinion, the system being taught is highly appropriate to the safest possible town cycling and is also entirely consistent with instruction for other vehicles. 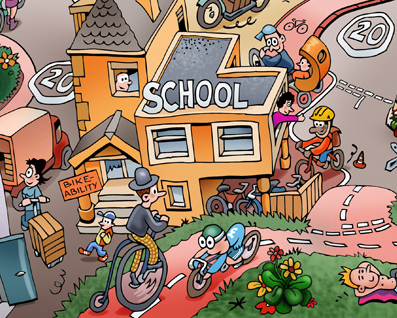 Like Ted I thought it was a very worthwhile course and although several others expressed an interest in us passing on tips, I feel it would be beneficial for as many as possible to attend – with the practice as well it hammers it home so much better than hearing it from a third party ! The road positioning that Chris was recommending was probably a bit more assertive than I would usually use to be honest so again the practice gave confidence. Other tips not covered by Ted were :-

All in all an excellent session.

We will now be rolling out these two hour sessions more widely. Given the content of the course we plan to deliver most sessions in either Exeter or Exmouth. The sessions are free but only three people can attend each one. If you are interested in attending please let me know. Some additional information about the courses is available on-line. 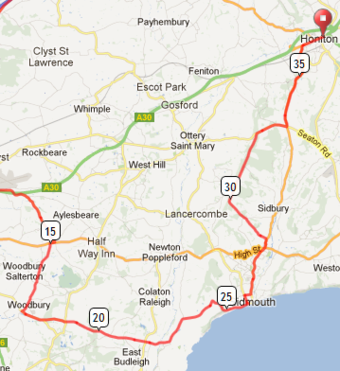 Alarm bells rang from the start when four 'riders' were spotted heading off in the wrong direction (i.e. off the official route) from Woodbury.

At first we gave them the benefit of doubt - believing it to have been an innocent mistake.

But, unbeliveably, evidence has emerged (see map right) showing that, rather than an aberation, this was a cynical pre-planned move.

Thus Black Sheep Awards have been made to Ian, Richard, Glenis and Dave. 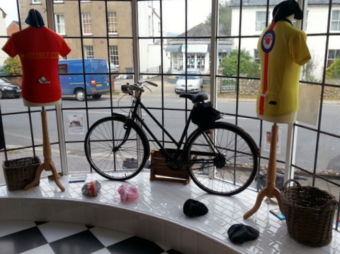 In Honiton the Bike Bus assembled in the Boston Tea Party and after refreshments paid a visit to a new shop in the High Street - Veloist.cc - selling custom cycle jerseys.

Afterwards a group made their way down the Otter Valley and onto Exmouth where they paid a visit to Aby's new outlet in the Channel View Cafe.

When Kirby got home he was very surprised to find a card waiting for him - it was his birthday!!

In contrast to last week today it was dry!

The Bike Bus celebrated by journeying to Otterton Mill and then onto Sidmouth over Peak Hill.

After lunch we climbed the steep way up from Sidbury to White Cross which elicited a prologned discusion on how steep it actually was.

Thus Sarah was dispatched with her inclinometer to provide a definative figure (we haven't heard much from Sarah recently) and she found that the steepest bit measured 22% - or almost 1 in 4.

Stephanie has contributed her own report:-

All the way up Slade Road and along the under ridge on East Hill, Sue Gameson was plagued by a “suspected softie at her front”. Although John Rowland was just ahead of her, his training in harsh survival techniques makes it clear that it wasn’t him.

On the descent, she then suffered a definite dud at her rear. Sue and I repaired her p*nct*re with great efficiency and panache by not removing the tyre which allowed us to join the end of the coffee queue and grab the last piece of ginger cake.

Cycling Exploits of the Antique Duo 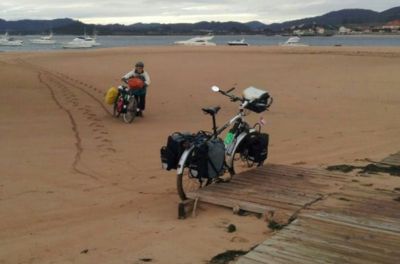 Sandy and Gilly have encountered rather damp weather after setting off from La Coruna in northern Spain to The Mediterranean near Perpignan.

You can read about their trip in their blob

Apple iPhone Maps or Canute didn't have this Problem 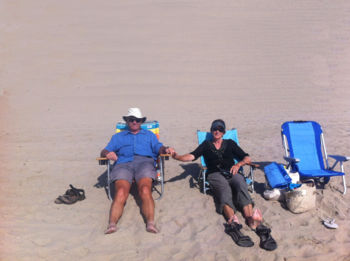 Mike & Sue waiting for the tide to come in

Avid readers of Mike & Sue's American Blob will know of the problems they have encountered.

Anyone who has met Mike for more than a few minutes will realise that he is an 'Apple Fan-Boy' - using his phone for everything including navigation.

Whilst they were cycling down the west coast of America Apple released a new iPhone (iPhone 5) which incidentally replaced Google maps by Apple's own. Thus when they arrived in Los Angeles the first thing that Mike did was upgrade his phone. 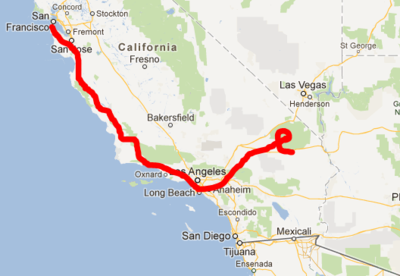 Now you will no doubt have read about the many 'mistakes' in the Apple mapping - but one which has received scant attention is the phone's inability to distinguish south from east. This had disatrous consequences for Mike & Sue when they set off south towards a final, and well earned, beach break in San Diego.

After three days cycling they unknowingly arrived in the Mojave desert.

Here they set up their beach chairs (which they had carried all the way from Vancouver), had a picnic and looked forward to paddling in the sea.

After six hours Sue asked 'when is the tide coming in?' .

Three days later - when the tide still hadn't arrived - they began to wonder where the sea had gone.

You can read what happend next here.

Today was a little damp.

Some people set off ... but only made it 100 m from their respective homes before turning back. Thus unsuprisingly Don, Roger & Marilyn have now earnt Black Sheep Awards.

Meanwhile a large party set off along the lanes towards Farringdon, and I noticed that Dave wasn't carrying anything (no tools, no food). As I was wondering what he would do if he had a p*nct*re ... he had one. As it was wet it didn't seem sensible for us all to wait ... so Tim and Judy bravely volunteered to help ... and Jane gave him a spare tube.

This of course means that Dave gets a Black Sheep Award (that's four already and we've only been cycling for an hour!).

Just round the corner a small river was flowing across the road. Jane decided that the safest approach was on foot ... but soon found herself up to her waist in water. Wolf bravely leapt in and ... rescued her bike ... but (much to my relief) before I could use my lifeguard skills Jane managed to extracate herself from the flood. 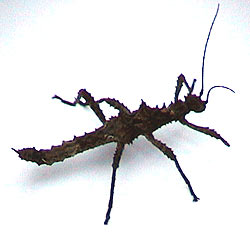 Clearly it was not going to be Jane's day ... as just short of Aylesbeare a large insect landed in her eye and wrenched her contact lens out. Again Wolf leapt into action and wrestled the offender into submision ... and Jane was able to recover the lens and continue. 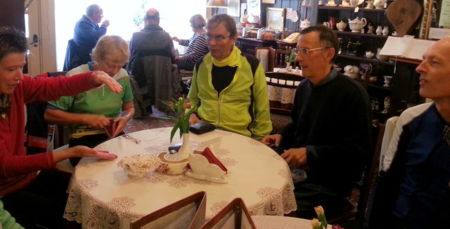 It just shows how plucky these newcomers are ... a real contrast with the old timers who gave up just outside their own front doors.

At Aylesbeare we meet a rather damp Glenis together with newcomer Chris ... and made our way through a few more torrents to Escot.

After drying out a little we set off with the flow to Budleigh where in the cafe Glenis regaled us with stories of floods she has known ... and incidentally announced that the South West hosepipe ban is soon to be lifted.

This week we were approached by the owner of the Kentisbeare Post Office and Village Stores to help his longstanding assistant, Mrs Owen, celebrate her 70th birthday. 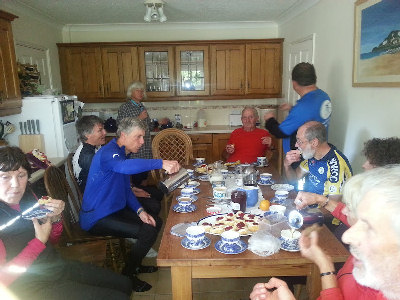 This required some carefull juggling of the timetable (and a few furtive txt messages) but we arrived as arranged at 11:55 - just as Mrs Owen emerged from the shop.

Mrs Owen was treated to a chorus of 'Happy Birthday' and snaps were taken of the event. Mrs Owen seemed quite pleased and we have arranged to go back next year.

The visit to Kentisbeare fitted in quite nicely with a visit to a Secret Location somewhere in the Blackdown Hills. Although it would have been secret had someone-who-should-know-better not blurted out where we were going.

Thus Stephanie has received a Black Sheep Award for the second week running.

At the not-quite-so-secret-location Yvonne had put on an amazing spread of scones, jam and cream supplemented by tea and coffee for the Bike Bus riders. Yvonne has set a high bar for others to follow!

After lunch the party were surprised to find themselves climbing up onto Dunkeswell plateau. On the way down Stepahine invited us in for afternoon tea in a (futile as it turned out) attempt to negate her latest Black Sheep Award. 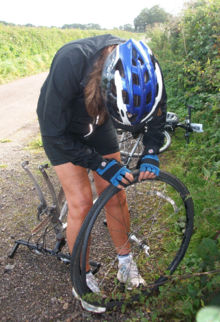 This week we were headed to Crediton Station ... simple enough you would think.

However nothing is ever simple ... especially when you factor in Bike Bus Passengers.

The branch of the Bike Bus which comes from the wilds of East Devon soon ran into trouble. Somehow the Bus split in two ... and soon after newcomer Jane had a p*nct*re.

Jane was greeted with scorn from Stephanie and Glenis when she announced she was ringing her husband to be picked up. 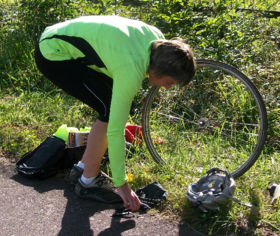 Stephanie and Glenis then rather unsympathetically confiscated her mobile and made her repair the puncture on her own. The net result was that they arrived in Crediton over an hour late.

After coffee a party of six made its way south to have lunch on the steps of Dunsford Church before climbing back over the Haldon Ridge towards home.

Glenis was rewarded for her efforts with a p*nct*re.