Difference between revisions of "ExeterBikeBusReportsFarEast"

Several members have taken up options on Bike Bus franchises in the Far East. Below are extracts from some of their reports 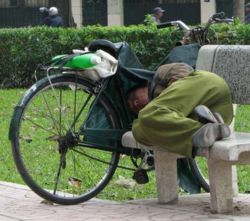 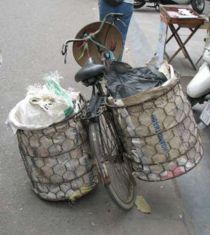 Kirby and all the Bike Busers

I am now in Vietnam, however I think I will have to admit defeat. Despite my best efforts I don't seem to be able to encourage the idea of a Bike Bus, in fact I have met with failure at every turn. 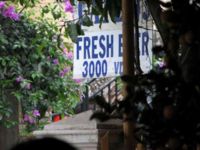 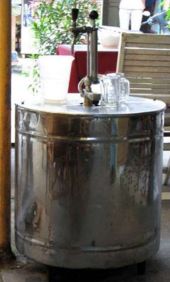 Just look at the two attached examples of the mis-use of bikes and two photos of my subsequent resolve - to sample the local 'Fresh Beer' at 20 pence a pint instead! 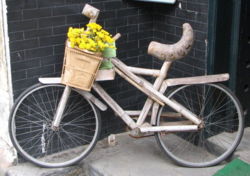 I think I may have solved the mystery of my inability to start a Bike Bus here. I have just witnessed what appeared to be a Bike Bus, parked up by a river (see picture) - although I think that their attempt to masquerade as a BB is fundamentally flawed, witness the lack of coffee or cakes!!

Also attached is a variant on the Reynolds 531 frame material. 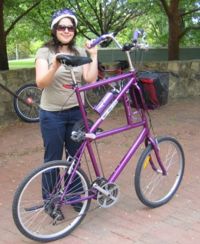 We are in Canberra at the moment slowly making our way to Sydney to see our son and to pack up and fly out on the 16th April.

Whilst out on a ride/potter this morning we came upon this group who had an unusual collection of bikes, I will try and attach a few images, these bikes could be useful to see over the tops of our Devon lanes.

Apparently there is a similar group in Hay on Wye in the UK.

See you all in a few weeks now, please remember to turn on the sunshine! 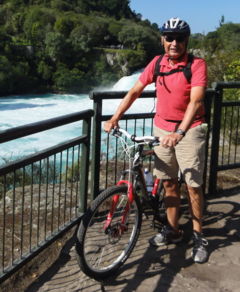 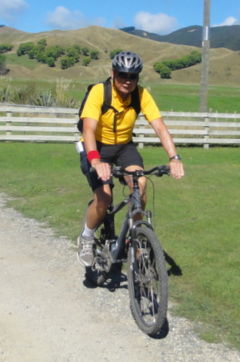 I have been following your exploits with much interest and have been heartened to see the enthusiasm with which you have all tackled the various rides.

My New Zealand odyssey draws to a close - just two more days here in the Bay of Islands (extremely beautiful) then a couple more in Aukland and a week in Sydney and it's back to 'Blighty'. It has been a wonderful trip and we will be returning with very special memories of this amazing country and its people.

My time here has not been completely bike free. I have hired a bike on 4 occasions and explored some perfect off-road trails (pleaase see the attached evidence ). The coffee stops were a bit few and far between but this was more than compensated by the quality of the riding.

I am desparately trying to get fit enough to keep up with you all when I get back.

With best wishes to you all. 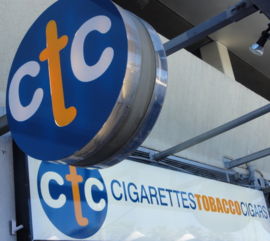 I've been trying to do some missionary work during my last few days in the Antipodes and visited the Bondi Beach branch of the CTC (see attached photo). I think I might need a bit more time to convert them.