We are having such a busy time at the moment, so it seems I’ve had to produce yet another Newsletter , so what’s been happening.

Congratulations to the CTC Torbay riders who did the Dartmoor Classic. Chris and Jacky Whatley, Brian and Wendy Rowe, Gill and John Beesley and Terry Dolan to mention the ones I know who did complete it. 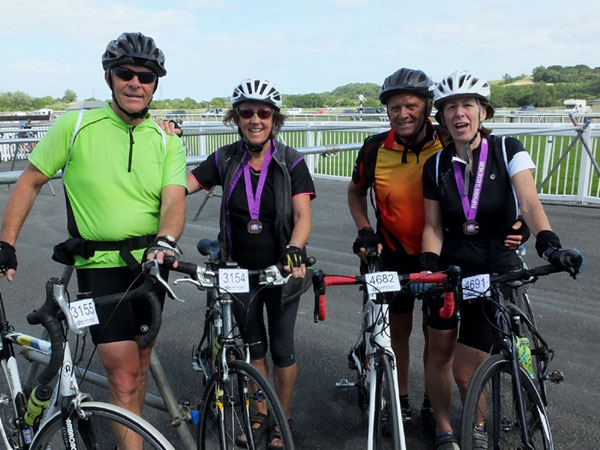 There was a bit of a storm on the interweb following a quite nasty incident in the Teign Valley recently. Four local cyclists from Torquay met a local councillor in his 4x4 and two were knocked off their bikes. Police were called, and a photo appeared on social media showing the councillor gesticulating out of his window. The news became front page in local newspapers, and was on national cycling websites. 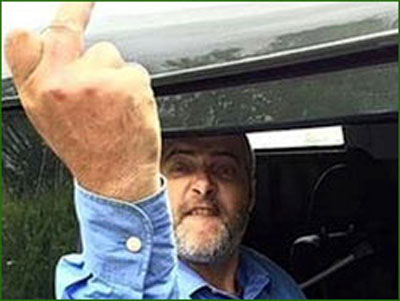 We were blessed by a beautiful moonlit light for the Dartmoor Ghost this year. Around 40 riders met at Hind Street House on the evening of 4th July, and before long we were climbing the long road through Birchanger to Haytor with a beautiful orange moon rising through the clouds. The rolling mists around HoundTor were amazing, - I don’t know how Kevin did that. It helped a couple of riders go off course.

I’m please to say that Kate and I rode into the finish control for breakfast, signed in by Steve and Kevin with about 10 minutes to spare. 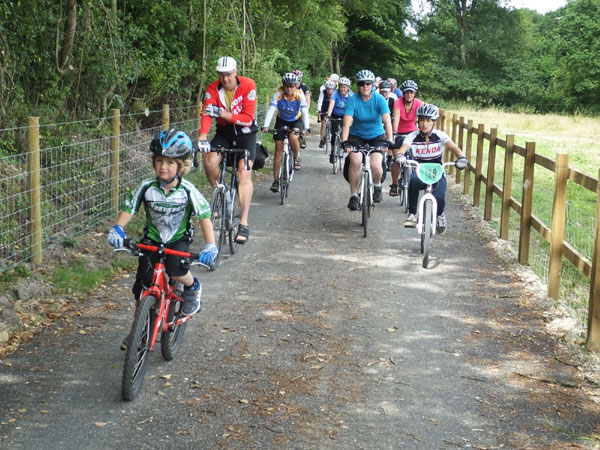 On Saturday 18th July the new bridge over the A38 near Heathfield was opened. There were 100’s of cyclists from the local area at the official opening. Also opened was the new Stover Way trail which now gives a traffic free route between Newton Abbot and Bovey Tracey. Kevin Presland was interviewed on ITV and a fairly jolly time was had by all. Lee and Anna’s Party.

Many of us had a jolly time at Lee and Anna’s wedding festival in the Teign Valley. It was great to see the happy coupld celebrating in style, arriving on their tandem, and also to meet many of our local cycling friends from TVPB 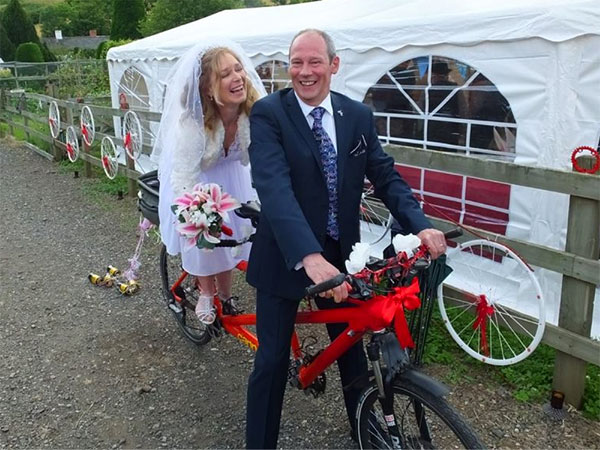 We had 170 riders at the start of the Devon Delight and a further 26 starting out on the Torplex 200Km. These are Devon events, and made possible thanks to the help provided by folk from CTC Torbay, CTC Exeter and Exeter Wheelers CC. Chris Whatley was first man back. Hot favourite Liam McGrath was spotted joining in on the Devon Classic – there was some confusion between the two events which both went through Stoke Canon. It all added to the fun of the day! Well done to all those that took part and helped. Results and medals will be ordered very soon. 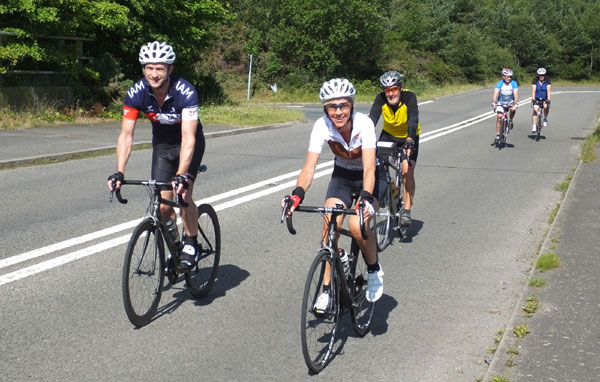 Thirty Six of us enjoyed a really good barbeque at the Park Inn at Kingskerswell. They do seem to look after us there, burgers, chicken, pork, bacon and veggie stuff and some very good ales.

Many thanks to Steve Main and Geoff Sharpe for organising and doing the ticket sales. Christmas lunch next I guess! Wednesday Evening Rides.

These are quite popular and have recently hit double numbers, and we have had some magical evenings cycling through the lanes to some of of our character pubs in the area. They crack on at a good pace, but don’t let that put off any potential recruits,, the pace can be dropped or routes altered and we can always run a slower pace ride separately if we get enough people riding. Again thankd to Steve main for coordinating these rides. 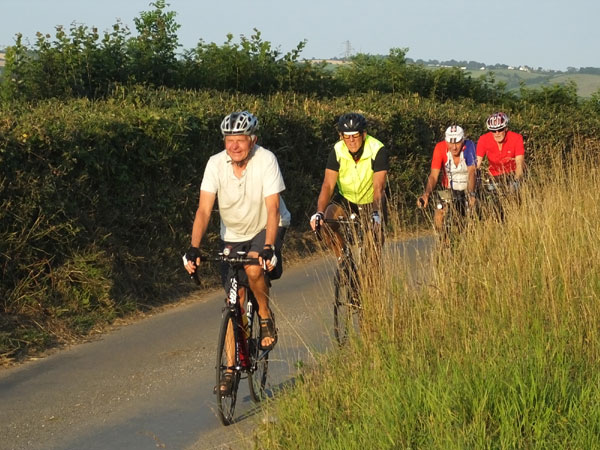 Riding to The Carpenters Arms at Ilsington – 12th August 2015

We’ve had a stern reminder from our Devon Treasurer that the financial year ends soon. Graham John wants all financial matters forwarded to him by the end of August so that he can balance the accounts, so if you have any monies from events, Torbay or Devon please get the money passed on.

16th August - Pace Judging and Freewheeling. Ride round a scenic route from Trago Mills in the morning, starting a 11.00 to a lunch stop at the Star Inn in Liverton at about 12.30 In the Afternoon, freewheel down the hill from near Bickington and see how far you can get up the other side, there's quite a skill in doing this. Entry Fee is £1.00 for each event. Sign on at the start.

25 members booked on this trip. Ferry paid for and rooms reserved at the hotel in St Vaast - la - Hougue where we have Twin and Double rooms, an evening meal and breakfast. If anyone now wishes to join the trip please can they do their own ferry booking and I will arrange a single room or Twin/double if there's two of you. Details available from me ref. ferry times and hotel costs. Geoff Sharpe.

Wednesday 7th October at the Court Farm Inn, Abbotskerswell Meet at 19.30 for a 20.00 start. All CTC members welcome .