Well it wasn’t that long ago that I sent out a Torbay CTC Newsletter. As there is so much going on I thought I’d better send out another one! Kevin Presland celebrated his 50th Birthday last week, during his epic bicycle touring trip around Europe, taking in as many hills and mountain passes as he can find! He’ll be home by the end of June, and I suspect he won’t need too much encouragement to gather all his photos together and give us all a bit of a show sharing the ups and downs of his tour with the rest of us. Martin Read, James O’Neil and Rod Pash also travelled out to accompany Kevin on parts of his tour. 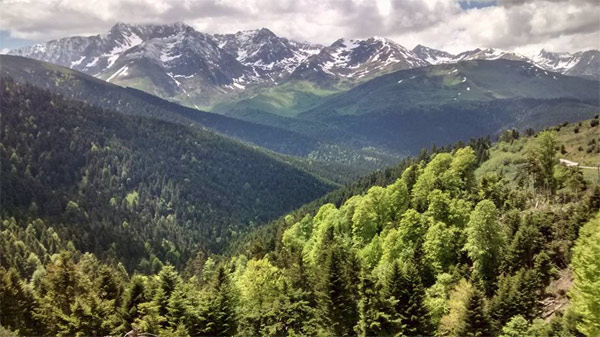 On his way out meet Kevin, the intrepid James O’Neil rode up Ventoux three times! If you want to know why then I suggest you ask him on a club ride.

Car Assisted Rides: The club have been enjoying some car assisted rides recently and these have proved quite popular. Rides have been held in the Cullompton area and also in Plymouth. Note that when car assisted rides are held there will still be a club run starting from Kingskerswell at 9am. Coast to Coast. Well done to all riders who completed the 100Km and 150Km Coast audaxes from Uffculme. It was a fine Spring day and it was good to see various Torbay faces whizzing around in various directions.

Turf ‘n’ Surf Audaxes. This was a great weekend of rides, organised by Rod and Lisa pash and the Bennett family, held largely in memory of Chris, and raising money for devon Air Ambulance I can vouch for the 400Km event as being quite a stiff ride, but was rewarded by a beatufil sight of dawn over the Exe Estuary at 4am. I believe the 100Km event was almost 50% lady riders - great effort! A couple of weeks ago we presented a cheque for £1000 to the Devon Air Ambulance Trust, and the Sky Jersey which had been raffled to raise a lot of that cash was one by Grace Storey, one of Chris’s girls. I think she plans to frame the Jersey and keep it on a wall in Chris’ memory. 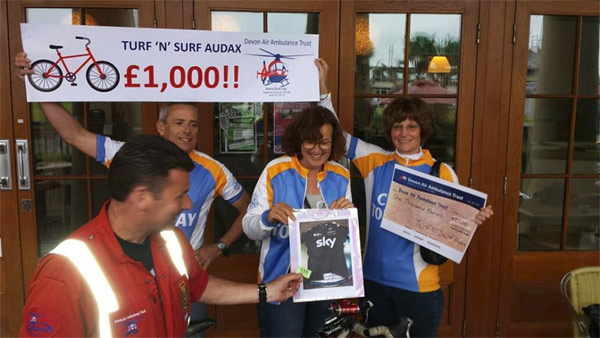 New A38 Crossing The new bridge across the A38 at Heathfield which many of us have cycled past recently will soon be open. It’s likely to be open at the end of this month, and simultaneously the Stover Cycle link will open up, and the old gap crossing at Heathfield will be closed off. Note that this facility will be for the use of pedestrians, cyclists and horseriders. 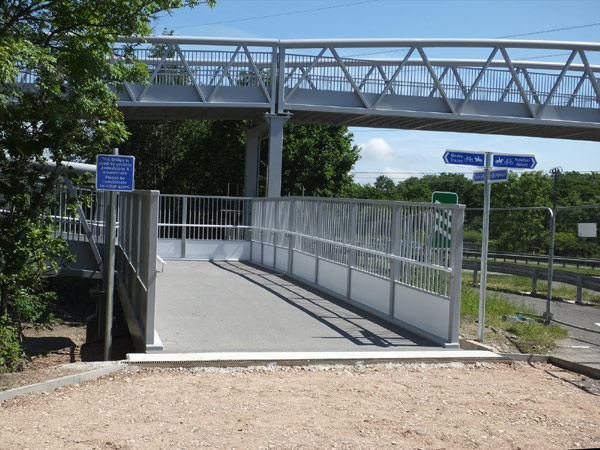 Decoy Cycle Link The Decoy Back road re-opened last month with a section of quite wide cycleway. 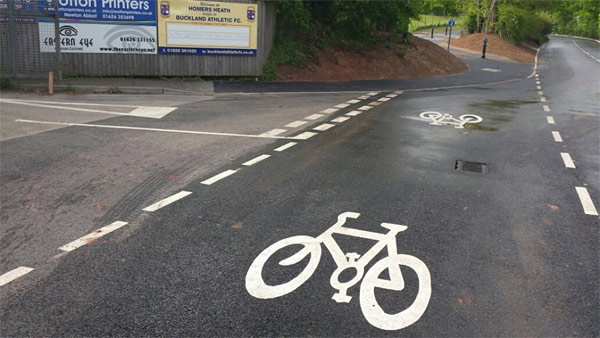 However there do seem to be some issues with the traffic lights by the bridge. This position that cyclists are placed in by the cycle lane/bay is very bad, and the lights don’t appear to change for cyclists! Lee & Anna get married! On 13th June Lee Atkinson and Anna Reffel got married at Gretna Green whilst journeying from John O’Groats to Lands End. The couple are regular riders with the Torbay CTC and have accompanied us on many trips to France, They also ride regularly with the Teign Valley Pedal Bashers. See below for the sponsorship links for their ride. www.justgiving.com/anna-Reffell3 - Heart foundation Text: TVPB55 10 to 70070 www.justgiving.com/anna-Reffell2 - Cancer Research Text TVPB54 10 to 70070 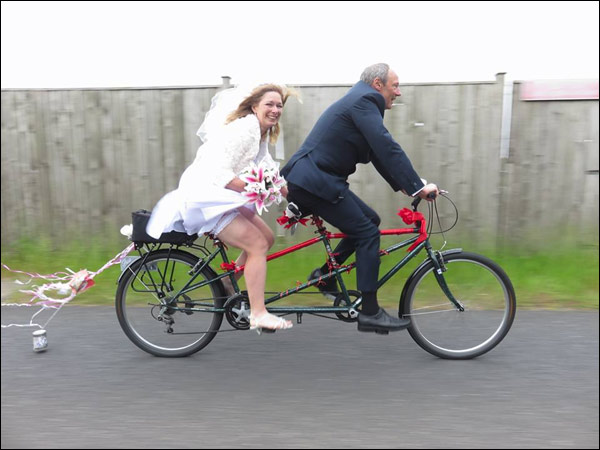 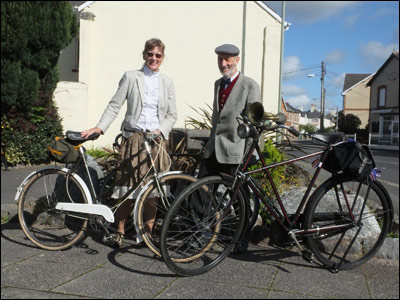 News on the next proposed French trip ( Normandy ) from Geoff:

At the end of our last weekend in France in March I mentioned that another trip to France would be considered in October, this time going over to Normandy. I've been in contact with Brittany Ferries and also several hotels in Cherbourg and Saint Vaast La Hougue with a view to go over to Normandy using the Poole-Cherbourg Ferry on Saturday 3rd October and return the next day staying overnight in a hotel in one of the two places I've mentioned. It would mean being up at Poole docks at about 7.30-7.45 on the Saturday morning to board the 08.30 ferry which arrives in Cherbourg at about 13.00 hours. This gives us an afternoon cycle ride to our hotel where an evening meal will be arranged and breakfast in the morning. On the Sunday we have nearly the whole day in France to cycle to varies places of interest before being back in Cherbourg to board the 18.30 ferry which arrives back in the UK at 21.30.

The cost of this weekend with return ferry ticket for you and your bike, one nights stay in the hotel with a twin/double room along with an evening meal and breakfast will be in the region of £100.00/120.00

At this point I would like to know who is interested in going so that I can book a number of places on the ferry and advise a hotel of the approx number. Both Brittany Ferries and the hotel will want a deposit from me.

Tamar 100 - The Plymouth Section cordially invites cyclists in local Sections to take part in the Tamar 100 challenge on Sunday 28 June. The event starts at the car park at Saltash Service Station at 9.00am. The route is very challenging and, with 2000 metres of ascent, falls short of the Dartmoor Devil by only 500 metres. I do hope that members of the section will be able to take part and enjoy a varied and interesting route. Entry is £3.00 and on the line. Since I shall be in Germany, Bryan Richardson will be your host for the day. Regards - Graham John

Dartmoor Ghost: This year is the third year for the Dartmoor Ghost. It’s a 150Km night-time Audax ride going from Bovey Tracey to Yelverton via Okehampton and Lydford, and back over the moors via Warren House Inn and Moretonhampstead. Although organiser Kevin P is away bicycling, Chuffy Simmonds has stepped in to help with the organisational bits. If you ahven’t done a proper night ride before do the Ghost – it’s fun! Devon Delight & Torplex 200: Devon Delight and Torplex 200 take place on 19th July this year. The usual delightful 100km route to Exeter via Stoke canon with a cream tea at the finish in Newton Abbot. The 200Km is a strenuous event going over Dartmoor to Plymouth. I need a few more volunteers to help out with the running of these events. Please contact Graham Brodie 07889-964101 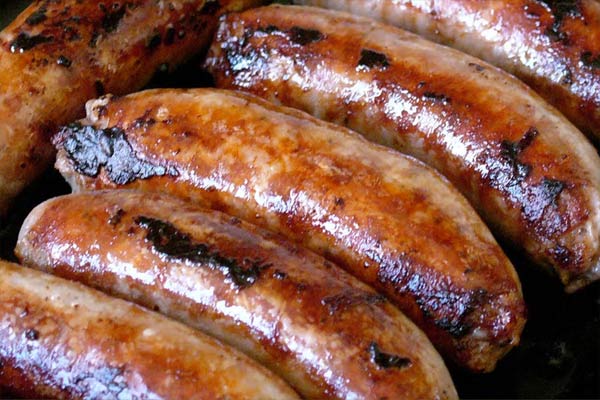 CTC Torbay Bar- B- Que Thursday 23rd July at the Park Inn, Kingskerswell. Tickets will be available at the start of the Tuesday group rides at the Farmhouse Tavern. Also hopefully at Sunday and Wednesday rides. Cost £7.00 per ticket, cheques made payable to 'S MAIN'. ( or Cash!)