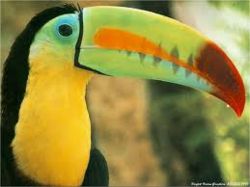 Construction of the new Toucan crossing across Heavitree Road, by the Pyramids Swimming Pool, has started and should be finished by Easter.

A planning application has been submitted to move the popular Toucan crossing of Hill Barton Road, above the Met Office. This is part of a planning application for housing on the adjacent fields. Following consultation with CTC and others, the original proposal has been modified so that the crossing will only move 5 metres to the south. However, proposed timings could result in a 4 minute wait in the rush hour. The planning application will be discussed at the Planning Committee meeting on 18 February. 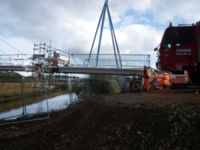 A new bridge will open in early March, connecting to the new cycle path along the back of Newton Abbot racecourse. The official opening will be marked by a cycling event on the racecourse on 5 May, including a ride from Exeter. Further details to follow. 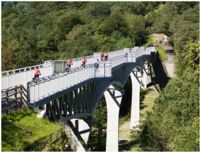 Lecture in Exeter on 21 February about construction of Gem Bridge, near Tavistock (left). Further details from Institution of Civil Engineers. 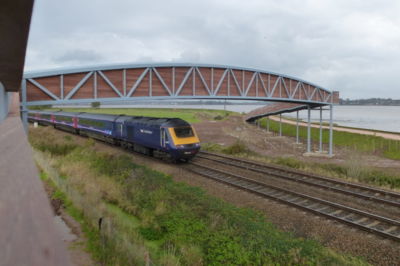 Planning permission has been given for the missing link on the Exe Estuary Trail at Powderham. The revised design has been agreed with local landowners and negotiations for land purchase are continuing. Construction is expected to be completed late next year (2014).

Devon County Council are planning to reinstate the railway from Tavistock to Bere Alston. A new cycle track could be available as advance works in 2014. Details here 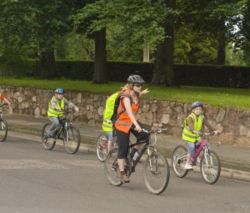 Devon County Council have received funding to extend Bikeability Training to another 7,000 school children next year.

The Tour Series Races are returning to Torbay on Tuesday 28th May. The route of the Tour of Britain in September is yet to be announced. 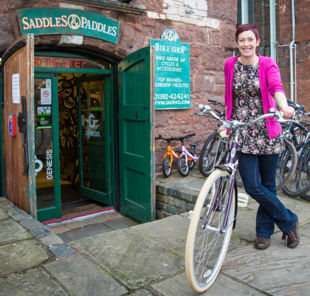 Many of you will know Heather Baker who, along with Zsolt Schuller, took a lead in establishing Exeter as one of the foremost Cycling Demonstration Towns.

Heather has now left Local Government and taken over ownership of Saddles & Paddles, the bike and canoe business on the Quay in Exeter.

The outlet offers bikes for sale and maintenance facilities but is probably best known as a location for hiring both bikes and canoes. The cycle hire facility offers bikes for all ages - including traliers and tag-a-longs for youngsters.

The location is ideal for visitors offering ready access to the Exe Estuary Tail.

Ride-On – Cycling for All

The Ride On – Cycling for All charity (Registered Charity No. 1149065) was set up 12 months ago by Martyn Laxton, a Cycling Instructor in South Devon, with the initial aim of giving access and training to any person, regardless of age, race, gender or ability, to a suitable bicycle which has been recycled.

Utilising free storage and a small amount of funds around 80 bikes have so far been donated to the charity with around 30 bikes recycled and donated to local children and adults who would otherwise not have had a chance to own one. A further donation of recycled bikes was made to local RNLI boat crew members to enable them to get to the Lifeboat Station quicker when on a call-out.

The charity is establishing its Headquarters base in Exeter. Premises have been kindly offered on an initial no rent, no fee, lease, allowing a workshop to be set up where bikes can be Reclaimed, Refurbished, Reused and Recycled to;

However, they do need bikes! If you can help please contact Graham Heysett either by email or telephone (07777 668 197) or visit their web site at http://rideoncycling.org/.

Local charity Exeter Community Initiatives (ECI) is looking to set up and test a Bike Recycling Scheme which aims to promote meaningful occupation and employability skills for the unemployed and those seeking to enhance their work skills.

The project will look at training individuals to refurbish a bicycle in order for their own use thus enhancing confidence in their skills and thus creating a more sustainable transport infrastructure for jobseekers and workers. The aim of the project is to look at the whole set up of business from mechanics to sales to advertising to customer service in order to give each participant the best possible opportunity to gain employment in the future.

They looking to either

A detailed description of the mechanic's role is on-line. If anyone is interested in getting involved or wishes to learn more please contact Jola Pawlikowski by email or on 01392 205800 ext 209.

In Exmouth the new bike shop, Bikelands is offering cycle maintenance courses. The courses will run on Monday evenings from 7pm to 9pm. Participants will be expected to work on their own bicycle, therefore making the workshops more bespoke to each person. Plus of course their bicycle will receive maintenance as part of the session.

They are offering six sessions; Overview, Wheels, Brakes, Gears, Bottom Brackets and Headsets. Numbers will be limited to four people per session. The sessions will be held at the Bikelands shop in the Strand, Exmouth.

CTC members will get a 10% discount! 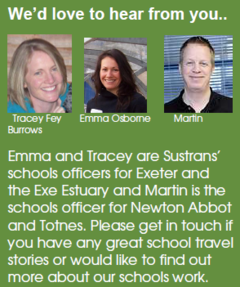 The Team leading the project - Martin, Emma and Tracey - have already signed up eight primary and seven secondary schools and organised an amazing 503 activities during the Autumn term.