About 80 residents took part in a family cycle ride from Ottery to Escot Park on 21 September.

The event, organised by the Otter Trail cycle way campaign group, made an impact on the streets of Ottery, with the colourful “peloton” doing a quick and dramatic tour of Ottery town, before heading back to the Land of Canaan car park and over the new Connect-2 bridge.

Opportunity to try out a Brompton for only £1. Brompton Dock are offering Leisure Membership of their hire scheme for a year for only £1. Then on Saturday 19 October they are offering a free days hire for members taking part in a guided ride organised by CTC Exeter and Sustainable Crediton. Click here for further details. 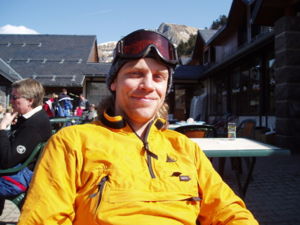 Paul Hawkins has taken up the role of Devon Area Manager for Sustrans following the retirement of Peter Grainger who held the post for 13 years. Paul takes up the story: The opportunity to cover Devon and improve cycling and walking really appealed to me. Previously I worked on the CTC directed 1 South West Project for 5 years focussing on recreational cycling. The Sustrans role of improving cycling and walking choices in people’s daily lives, be that getting to school, work or friends, really appealed to me as a new challenge.

The role of Area Manager encompasses many things, from chairing cycle forums and influencing decision making by the County Council, to assisting the numerous invaluable volunteers who help keep the National Cycle Network well signed and attractive to use. The past 10 years have seen some amazing cycling schemes delivered in Devon, but you can never stand still and there is always more that can be done.

Work is progressing on the new bridge over the Clyst at Topsham, next to the railway. The main bridge span was floated into position in August and all works were due to be completed by end of September to minimise disturbance to wildlife. However, completion date has been postponed but is expected to open in the next few weeks. 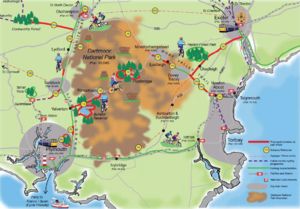 Devon County Council have successfully bid for £4.4 million of Government Funding to improve cycle access to Dartmoor. Proposed projects include completion of the Wray Valley Trail and a link from Exeter. These include a new bridge over the A38 at Heathfield and a link from Kennford to Haldon.

CTC Exeter are holding their Annual General Meeting on Tuesday 22 October at Aylesbeare Village Hall starting at 7pm. All members welcome. The meeting will be followed by a talk from Alistair Cope about his recent cycle ride and canoe paddle from Edinburgh to Exmouth.

CTC Devon are holding their AGM on Sunday 3 November in Ashburton starting at 11am.

New cycle track under the runway

CTC publish a monthly round up of campaigning news: Cycle Digest September 2013 This month there is news of the 4 hour debate in Parliament on 2 September when over 100 MPs voted unanimously to welcome the "Get Britain Cycling" report.

The War on Motorists

In response to Eric Pickles call for parking to be allowed on yellow lines, Local Transport Minister, Norman Baker, calls for more restrictions on car parking in town centres

Roy Russell recently attended a Highways Agency workshop in Exeter. This was aimed at developing strategies for the A30 and A38 that will be used to guide investment from 2015 onwards. A key issue was the number of cyclists injured on the A30 while doing the End to End. If you have any views or suggestions on this important issue, please contact Roy

A Reminder about Visibilty

Cambridge Cycling Campaign have provided a very visual demonstration of the limited field of view available to drivers of large vehicles.

In the adjacent photo cyclists in the area covered by the black plastic sheet are invisible to the driver. So remember not to sneak into this area when approaching such vehicles.

Riding a recumbent bike designed by the Delft University of Technology and the VU University Amsterdam, he reached a speed of 133.78 kilometres per hour (83.13 miles per hour) on a desert road in Nevada, United States.