The following photos were taken on 24th March 2008.

The sequence was taken from the Eastern end of the path (opposite Dart's Farm) to the Western end (adjacent to Clyst Bridge, Topsham). 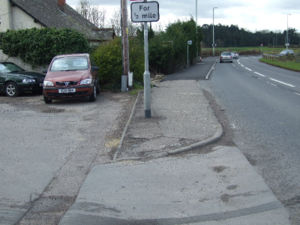 There are currently no markings on the path.

I assume that cyclists are meant to join the path were the fresh tarmac starts 20 metres beyond the garage entrance.

The start of the path has a feathered edge with the road surface. 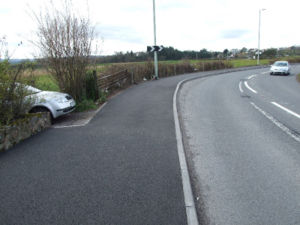 20 metres beyond the bus stop there is a section of lowered curb. 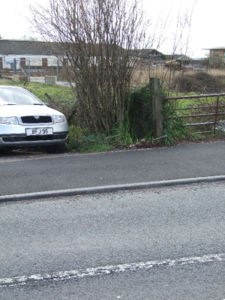 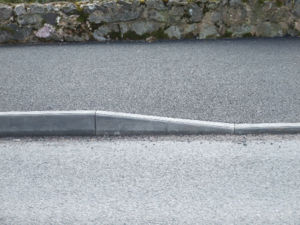 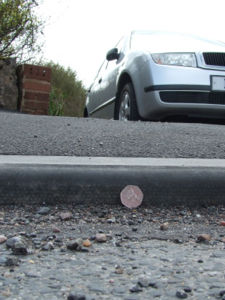 The lowered curb is 50 mm high (a 50p piece is used to provide scale).

Cyclists who have missed the feathered entrance to the path would have difficultly in safely mounting this curb at an acute angle. 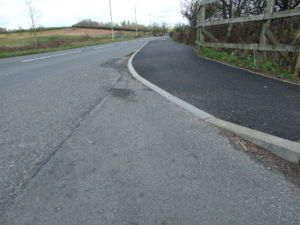 Eastern side of the entrance to Tremlett's Boatyard

The path crosses the entrance to Tremlett's Boatyard.

The path is well feathered to the road surface on the Eastern side. 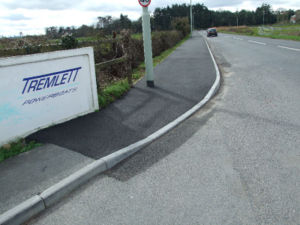 Western side of the entrance to Tremlett's Boatyard

On the Western side however cyclists have to mount a 30 mm high curb which lies at a 45 degree angle to their path.

There is a serious risk that a front wheel will be deflected causing a fall. 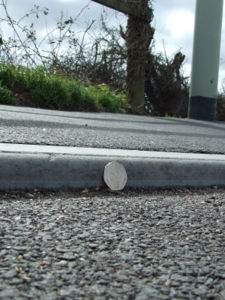 30 mm high curb on the Western side of the Tremlett's Boatyard entrance (50p piece provides scale).

Path rolling down the bank

100 metres East of the Clyst Bridge the path is 'rolling' down the adjacent bank.

Cracks have appeared in the surface. 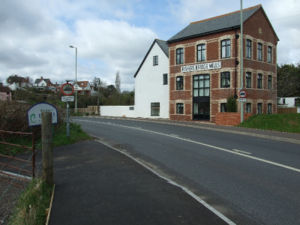 The Clyst Bridge end of the path

At the Clyst Bridge end of the path there is a further raised curb. 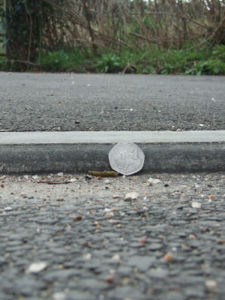 If the new traffic light system allows cyclists to ride over the bridge and then onto the path the curb will present a danger. 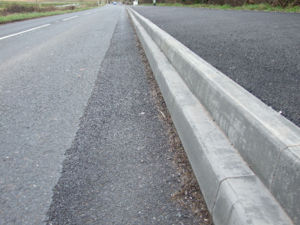 Between the Tremlett's Boatyard entrance and the Clyst Bridge much of the curb is double-height.

Presumably a white line will be used to provide a visual marker to help ensure that cyclists and walkers do not fall off the edge.